In our posts, we keep you regularly updated with industry news about materials and production, and of course about our hot working forge. But see for yourself.

All the best for retirement 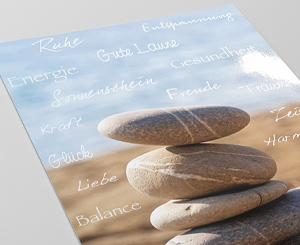 We would like to say thank you for almost 30 years working for Warmpresswerk. This special thank goes to Mr. Manfred Trosdorff, who joined our company on April 2nd, 1990 and has been tirelessly ready for us day and night and has always been passionate about it.

For many years he worked as a plant manager and helped to bring the company forward successfully. Since 01.03.2020 he has been able to enjoy his well-deserved retirement. We wish him all the best for the future. 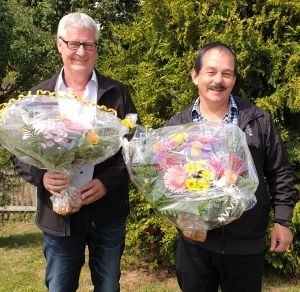 We are very happy that this year already two employees from the forging department have celebrated their 40th company anniversary. We would like to thank Mr. Hermann-Josef Brixius and Mr. Manfred Michels for their long-term loyalty to the company and their long, energetic dedication. The anniversary was duly celebrated during a good meal and a lot of talks about what they have experienced over the past 40 years.

On January 23rd, 1959, Max Bernhard Schachmann founded today's Warmpresswerk Max B. Schachmann GmbH in Plettenberg. He set up the first machines in a horse stable. That’s how he started with the production of radiator fittings. However, the space quickly became too narrow and further expansion wasn‘t possible. Thus, in November 1959, the move to Niederstadtfeld in the Eifel started. On the present company site, where today’s locksmith’s workshop is, was at that time a ball factory. That one was insolvent and thus could be bought by Mr. Schachmann and converted into a blacksmith’s shop. At that time, the first forge presses were in the lower rooms and the offices were upstairs. In the first years, the factory mainly produced radiator fittings. Shortly after the move to Niederstadtfeld, the company expanded further and was completely relocated there.

The first few years were not easy for the company, it was struggling with considerable financial and technical difficulties. Particularly the recession in 1967 made it difficult for the company with its already 100 employees. However, the year before, in 1966, the production had already been switched to more valuable forgings and finished parts, and also the machining workshop, which previously had been only a pure blacksmith’s shop, had been equipped so that the production of transmission parts such as gears and crankshafts and parts made of rust- and acid-resistant material was possible for the food industry. Over the years, the production facility has been modernized and enlarged, as well as the product range has been steadily expanded. The company currently has 9 forging presses with a press force of up to 31,500 kN, its own toolmaking facility, a turning shop and an extensive feedstock. This year, the tenth forging press - an AMP 1250 - will go into operation.

The maintenance work on forging presses and other machines is carried out by the company's own locksmiths. The starting material is shaved or sawed to the exact weight as required. Inductive heating and precision presses allow the production of blanks with minimal machining allowances and minimum tolerances. Today components of any kind and shape are forged, weighting from 0.20 kg to 25.00 kg. These are for general mechanical engineering, gear construction, engine construction, valve construction, automobile manufacturing, aviation construction and medical technology.

The long-standing success story of Warmpresswerk would not have been possible without our dedicated employees, loyal customers and suppliers. Many thanks to all of you for that. But not without the current owner and CEO Mr. Hans-Joachim Willke, who entered the company in 1968 and advanced it with great success. From 2001 to 2014, he was assisted by Hans-Werner Hommelsen as the second managing director, who also successfully managed the company. In 2015, the niece of Mr. Willke, Mrs. Carolin Walz joined the management, where she has been supported since 1.7.2017 by another managing director Mr. Hans-Dieter Meeth. Thus, the foundation is laid for the coming generation to be able to offer the employees at the Niederstadtfeld location a secure and attractive workplace for the future, based on economic solidity.

We look forward to many more exciting years. 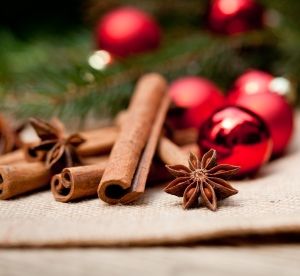 We wish all our customers and business partners a Merry Christmas and a Happy New Year 2019.

Exhibition at the career fair in Daun 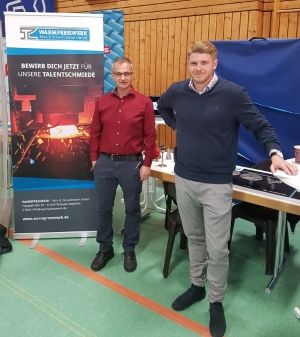 On Friday, the 9th of November 2018 we were present with a booth at the career fair of the Rotary Club Daun-Eifel.

Two of our employees informed the interested students and other visitors about the company and the offered jobs and apprenticeships at Warmpresswerk such as cutting machine operator and plant and system operator.

This was a very interesting event for us with a lot of exciting questions to which we will present ourselves again next year.

We would like to warmly thank the Rotary Club Daun-Eifel for the possibility to participate in the career fair as well as all our visitors for their lively interest! 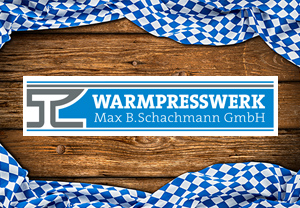 On 20.10.18 a celebration took place in Niederstadtfeld to get together and toast the work accomplishments. The first Oktoberfest of Warmpresswerk started at 1pm and took place in the community hall. With a total of 70 employees from all departments such as forge, logistics, toolmaking, maintenance and administration, everyone had a great time with knuckles, veal sausages and sufficient beverages. The festivities went on until the late evening.

A big thank you again to all who contributed to this great event.

A real piece of Warmpresswerk is retiring! 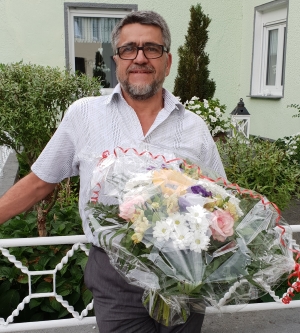 On 01.08.1968 Bernhard Jucken began its apprenticeship in tool making at Warmpress. After the first day he came home and his hands were hurting a lot from all the filing. He then said to his mother that he won't grow old in this company. That was over 50 years ago.

Mr. Jucken acquired a great deal of knowledge during his long career in the area of the forging production, always ready to provide his skills to the young apprentices, colleagues and supervisors.

Mr. Jucken has always been a reliable and pleasant person and employee. With his positive attitude he managed to motivate over and over again and to spread a good mood.

The toolmaking team wishes Mr. Jucken all the best and health for his new stage of life.

The entire management also wishes Mr. Jucken all the best for his well-deserved retirement. We are proud and consider us very lucky that Mr. Jucken has always remained loyal to the company. For his outstanding commitment over the years, we thank him very much.

Overall, the family Jucken now already counts with 97 years Warmpresswerk and is already here in the third generation. We really hope that many more years will follow.

Company visit by the Trier University of Applied Sciences 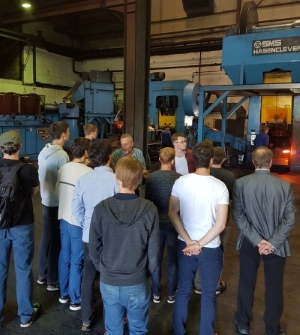 In May 23 students and a professor from Trier University were invited to visit our company. The prospective mechanical- and industrial engineers were first greeted with a cold drink before the presentation of the company.

After the theoretical explanation of the production process, the visit of the company took place and with it the inspection of the previously presented processes. Employees guided the interested students in two groups according to the chronological production cycle through the different departments of the production and pointed out the individual process steps. The highlights of the visit, in addition to the state-of-the-art CNC lathes and milling machines of the in-house toolmaking department, were the company's forging presses, which seemingly effortlessly give the desired form to the massive pre-material sections with a press force of up to 3,200 tons.

At the end of the visit, the participants had the opportunity to look at displayed forge products over a coffee and cake snack and to ask questions. 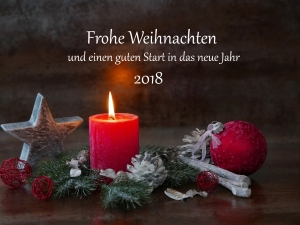 We wish all our customers and business partners a Merry Christmas and a Happy New Year 2018.

The innogy Climate Protection Prize is awarded annually for achievements that make a special contribution to the preservation of natural or the improvement of unfavorable environmental conditions. Cities and municipalities are called upon to propose special projects for awarding.

Four projects from the municipality associations Daun and Kelberg were awarded the 2017 Climate Protection Prize by innogy. Together with Heinz-Peter Thiel, District Administrator of the Vulkaneifel district and Mayor Karl Häfner of the municipality Kelberg, municipal supervisor Thomas Hau of innogy presented the certificates and congratulated the winners, who come from the local communities Gillenfeld and Niederstadtfeld as well as Kelberg and Gunderath. The winners were rewarded with prize money of 500 euros each.

The municipality Niederstadtfeld had proposed the drop forging Warmpresswerk Max B. Schachmann due to energy saving measures. By insulating the tool shop in which the forming tools for the molding presses are produced and the modification of compressors, the fuel oil demand has been significantly reduced.

50 years with the company

In 1967, on August 1st, a young man started his apprenticeship as an industrial clerk at the Warmpresswerk. At this point in time, the changeover from the production of the back then produced radiator fittings for heaters to various other forgings, like f.ex. gear wheels, crankshafts and drive pinions, had just begun.

After successful completion of his training, he passed through the various departments of the administration. He has seen over the years how the drop forge has grown significantly and, for example in the 1990s, the finishing of forged blanks was added.

Until last he had worked many years in sales and then went into his well-deserved retirement on 31.07.2017. The Management is extremely grateful for the long-standing trust and the excellent work done over all the years. The farewell was duly celebrated.

We wish all our customers and suppliers a happy Easter! 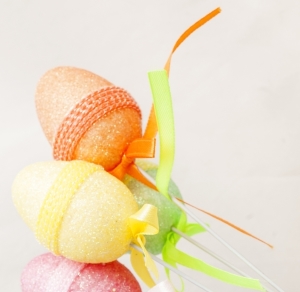 By expanding our machinery with the addition of a new CNC 5-axis milling machine and a further CNC lathing machine, we are optimally equipped to meet the future challenges of the always more sophisticated forgings and can respond even more flexibly and quickly to our customer requirements.

Supported by a modern CAD/CAM system, it´s ensured that our forging dies and tools have consistently high quality, accuracy and surface quality to meet customer requirements.

Our homepage is not the only thing to get a completely new layout – the new heavy goods vehicle of our forwarding company Gräfen proudly presents our logo and our message – “Schmiedeteile aus Stahl und Sonderwerkstoffen” (Parts forged from steel and special materials). It is out and about on the roads of Germany every day, delivering forged parts to our end customers or external processors. 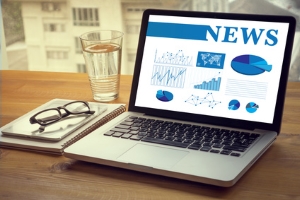 In our news area, you will find regular, up-to-date information from the forging industry and internal news about our hot working plant.

We hope you will stop by regularly and we wish you lots of fun reading.

to top of the page